Is Matt Kemp the Perfect Fit for the Brewers? 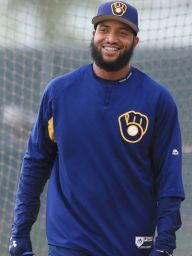 “The Dodgers found a way to lessen their luxury tax burden in one swap, sending Adrian Gonzalez, Brandon McCarthy, Scott Kazmir and Charlie Culberson to the Braves in a trade that brings Matt Kemp back to Los Angeles, at least for now.” – True Blue LA

The Dodgers’ unexpected trade for Matt Kemp sparked up rumors that the Dodgers were looking to regift Matt Kemp to another team! Turns out there isn’t much interest in trade talks for him. He is getting on the older side and towards the end of his contract, but I believe he still has a lot to offer. He is a great leader, and will be a great mentor to some younger players. This is why I believe he would be the best option to be the third outfielder for the Brewers. As most baseball fans know, the Brewers have a lot of young talent with their top 10 farm system according to MLB Pipeline.

Kemp’s talent is in line with their current talent. He would not be outside the box for Milwaukee’s front office. Kemp has a similar plate approach to the other Brewers outfielders and has similar numbers as well.

The Brewers could use another outfielder because currently they have Keon Broxton in center and he is not very good. Broxton hasn’t learned to hit like a big leaguer yet and Kemp’s good bat could help with that. He so far has a career .226 BA and a .317 OBP. Yes, Broxton is only 27, but maybe Kemp can get him ready for his prime in the next two years. If they want to really blow the Cubs away and really start competing they should trade for Kemp. 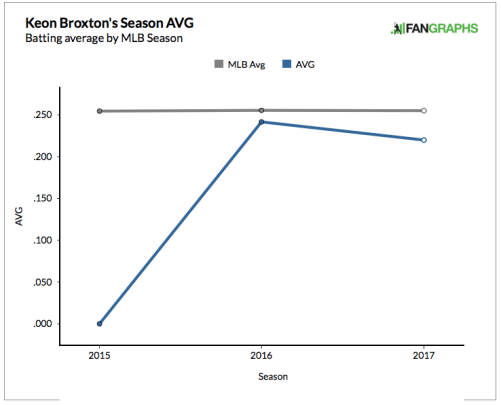 The Brewers are able to handle Matt Kemp’s salary. Their 2018 payroll is at  $47,715,000 which means they are on the lowest end of payroll for teams. He is owed  $21,500,000 per year for the next two years ($43 million overall). Another option would be to trade some of their prospects and get the Dodgers to pay some of the salary owed to Kemp. If the Brewers don’t bite at that, the Dodgers could do the flip and throw in some of their prospects instead. But currently Kemp is actually being treated like he has negative value considering the salary and negative WAR and trash defense (a topic for another time) , so a more realistic offer to consider would be LA sending both Kemp and cash to MIL for a token nobody prospect or MIL eating Kemp’s salary, but LA sending a prospect along with Matt (which I mentioned, but that would be a primary offer, not final). There’s a very real chance Kemp gets straight up released, and the Brewers can get him for minimum wage and no prospects.

Here are some other stats from Fangraphs where Matt Kemp is in line with the Brewers outfield:

Even with a lot of the negatives Kemp can bring, I truly believe that the leadership and a good bat could help complete a Brewers team and help them compete! He can mentor the young talent, bring in a high BA and be the missing piece the Brewers need!

Go back to the Home Page