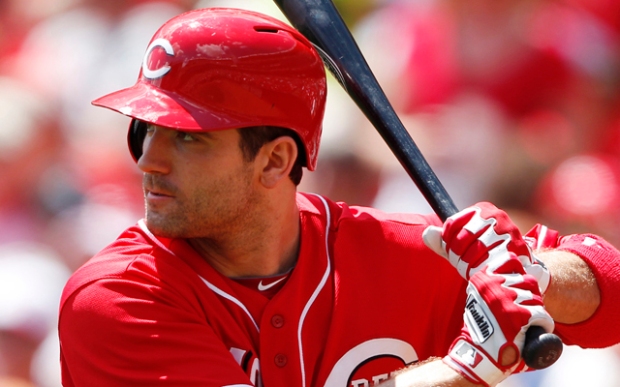 Statistical Analysis: The Most Underrated MVP Candidate, By Ian Joffe

When voting for awards like the MVP, the writers like stories of talented young players who break out in one year, like Corey Seager, or other new stars that propel their teams to the world championships, like Kris Bryant. However, sometimes the most valuable player in baseball comes from a less glamorous ballclub, one that has fallen from previous stardom. The Cincinnati Reds made the playoffs three out of four years, concluding in a painful one-game wildcard playoff against the Pirates in 2013, where then Reds’ ace Johnny Cueto dropped the ball in the big game. After that painful loss, the team lost multiple players to free agency, traded away some others, and the rest, for the most part, experienced sharp regression in the coming year. For the 2014 season, this included the man that signed a 10 year, $225MM extension in that off season. The 2014 season ruined Joey Votto’s great reputation, but Votto would come back in the next two season and produce at extraordinary levels, and while he got some attention in 2015, his 2016 was far underrated. Votto did not receive a single first, second, third, or even fourth place MVP vote. When compared to the MVP candidates that did far better than him, Votto deserved more than a few votes; he deserved strong consideration for the whole prize.

Joey’s greatness starts at a very basic level. He hit .326, but more impressively went for a .434 on base percentage, an astronomical clip. That OBP led the national league, and was only second in baseball to AL MVP Mike Trout. The next closest hitter was DJ LaMaheui, breakout second baseman of the Rockies, who was still nearly 20 points below Votto in the category The Canadian has always had a good sense of the strike zone, and it is clearly not fading, as demonstrated by the walk rate and 17.7% strikeout rate, which is actually below his career average. His low, 20.8% O-Swing means that he rarely swings at a pitch outside of the strike zone. Votto hit for respectable power, with 29 home runs, but more importantly a .550 slugging percentage, only .004 behind the man who actually won the NL MVP, Kris Bryant. Votto’s on base and power skills combine to form an excellent of OPS (on-base plus slugging) .985, tied for the best in the National League. His OPS+ was 160, meaning that according to the metric, he was 60% better than the average major leaguer.

Digging into the more raw statistics, the 33-year-old made soft contact only 11.7% of the time over the course of the entire season, white making hard contact a whopping 38.7% of the time. Joey also hit 27.3% line drives, a great number for any hitter. Votto’s 22% HR/FB ratio shows that he is still slamming the ball, and that he has not lost his touch with age. It would be more than fair to say that Votto struggled in the first half of the 2016 season, but he showed an incredible ability to bounce back post-all star game, hitting a Ted Williams-esque .408/.490/.668. wRC+, a measure of overall hitting ability, puts Votto at 158, meaning he is a whole 58% better than the average player. Votto lead the national league in wRC+, what sabermatricians today consider the best offenseive statistic. That puts him as a better offensive player than any of the three NL MVP finalists (Bryant, Murphy, and Seager). The on-base machine also put together an unheard-of 201 wRC+ after the all star break, when his true skills were just starting to kick in.

There is a legitimate and illegitimate case to not consider Votto for the award. The one major argument that should not ever be used against Votto is his team, the Reds. The Reds were a losing team last year, tying for the NL’s worst record (68-94). Many hold this against Votto, saying he should not be the most valuable player if his team did not get close to making the playoffs. I completely, wholeheartedly disagree. Baseball is a team sport. One player cannot make a team good or bad! If I were to put Kris Bryant, the MVP winner, on the Reds, instead of Votto, the team would still be terrible. If I put Votto on the Cubs, instead of Bryant, the team would still be excellent. The point is, it’s not Votto’s fault he got put on a terrible team, so why should he be blamed for it in awards voting? Some say that it would be impossible for Votto to be the most “valuable” player while on a losing team. I once again highly question this point of view. Votto has the same “value” no matter what team he is on. Say his value were 5 wins (which it is, according to WAR). That five wins would be the same if it turned the Reds from a 63 to a 68 win team or if it changed the Cubs from a 103 to 108 win team. The value is still the same, whether it makes a team less worse or more better. If one does want to make an argument against Votto, it better be related to his defense (or baserunning, which was also a slight negative this year). Whether it is an aging pattern, or just one off year, Votto suffered a major drop in defense this year, form a gold-glove caliber first baseman to one with negative value, as according his horrific -14 DRS (defensive runs saved) at first base. And, as modern statistics show, defense really matters. However, Votto managed to put together an amazing season even with the laughable glovework. His aforementioned 5.0 WAR is very good, and includes defense, possibly even overvaluing defense. Despite his terrible defense, Votto put together a great overall season.

So, did Votto deserve the MVP award? Well, looking at the hitting stats, he deserved strong consideration. He had an outstanding slash line (AVG/OBP/SLG) and ranked #1 in his league for wRC+, the best overall measure of hitting. Sure, his defense was bad, but there are 30 votes for 1st place, 30 for 2nd, and 30 3rd. Votto deserved way more of these top three votes than the zero he was given. Defense or no defense, Votto’s contact, power, and eye should have propelled him towards a finalist spot. I know I am not the only one that feels Joey Votto is one of the greatest hitters of the generation. The other, day, I watched Brian Kenny of MLB Network find a strike-zone recognition category that Fowler beat Votto in, when he exclaimed Fowler had defeated “Joey Votto himself!!!” The BBWAA (Baseball Writers Association of America) was given the MVP vote in the 1930’s, when newspaper was by far the top form communication. I am not saying they should lose the vote, but maybe it is time to diversify the polls just a little bit, adding in parts of, say, the statistics community. After all, the whole point of stats is to make unbiased comparisons between players. To me, in our changing game of baseball, for awards like MVP that go down in history, sabermatricians should have somewhat of a say.

Briefly, one of my favorite stories (which I have admittedly not fact checked, but still really like) from last year is about another personality that agrees with me on Votto. Naturally, that would be “Joey Votto himself.” After struggling for half the 2016 season, Votto recalls checking the world-renowned similarity scores, to see if any other all-time greats went through similar struggles to himself. Votto knows his statistics stack up to other MVP candidates, and next year, his bat will come out with a vengeance.

With 2 Months Left, Who Are the NL MVP Candidates? 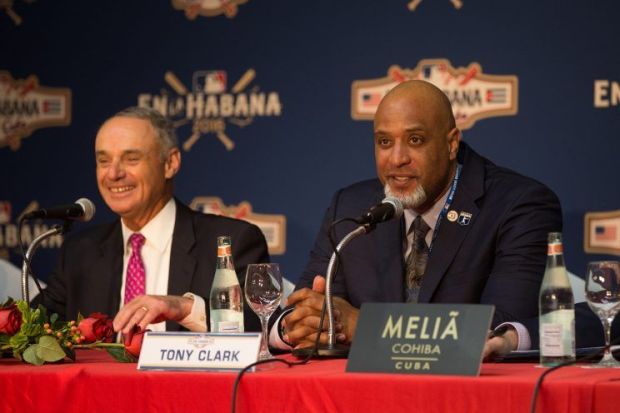 In the first players’ strike of 1976, the owners of Major League agreed to give the players’ a union with the right to form collective bargaining agreements. The first CBA was created that very year, and today, a new CBA was agreed upon. For a while, there was a threat of a new strike, and a lockout (the equivalent of a strike but with the owners). In either, no players could be traded, signed, waived, or moved in any fashion. The threat, however, was averted, thanks to union head Tony Clark and commissioner Rob Manfred. It was both of their first negotiations, and appears to have gone rather successfully, having now avoided ending MLB’s 21-year streak of labor peace. Here are the details of the agreement, as it develops:

More to come as this story develops