I was able to interview Phillies #6 in their top prospect list (according to MLB Pipeline) Rhys Hoskins in January. This past offseason he was invited to Phillies 2017 spring training! This is huge because he is the only 1st baseman in the top 30 of the Phillies prospects and if you haven’t heard, the Phillies need a counter part to Tommy Joseph now that Ryan Howard isn’t coming back and that the Phillies just traded Darin Ruf to the Dodgers in a packaged deal for Howie Kendrick. You heard it here first! This year in AA he had a .281 BA and scored 95 times with 38 of them being home runs!

*He has officially been Promoted to the Show on August 10th 2017.

His Debut on August 10th he faced Jacob deGrom. Rhys went 0-2  and was walked.

On August 26th 2017 he became the fastest person EVER to get 10 HOMERUNS! He did it in 17 career games! Hoskins hit his 9th and 10th on players weekends and while hitting those, he wore a patch to honor his mom who battled breast cancer and sadly she passed away within a day of his 16th Birthday! 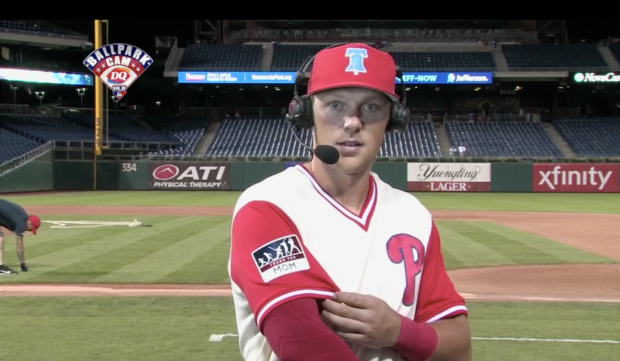 Mike Duffy: I was wondering when you go from high school, minor leagues what was the biggest challenge when you reach each stage?

Rhys Hoskins: Biggest challenge really is that along with the competition just getting better and better, you play a lot more games at each level! You just have to figure out how to maintain and strengthen your body so you feel good when it gets to late in the season. That has been the hardest thing so far for me, figuring out what works for me so I feel my best at the end of the season.

Mike Duffy: How did you feel when you got drafted?

Rhys Hoskins: It was a dream come true. I had worked countless hours to reach that goal and it happened! 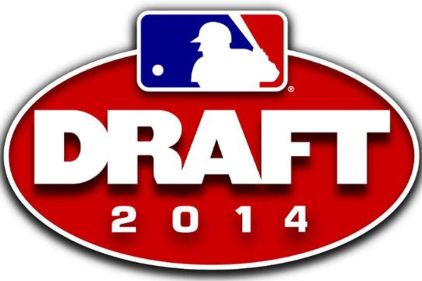 Mike Duffy: What did you do best last season?

Rhys Hoskins: I felt like I really honed my approach this season with men in scoring position, and I knocked in a lot of runs because of it.

Mike Duffy: This offseason whats the major thing you are planning to work on?

Rhys Hoskins: This offseason I’m really focusing on getting my foundation back for my strength. I have played the last couple offseason and haven’t really had the chance to focus on the gym.

Mike Duffy: Whats your favorite thing about being an Philly?

Rhys Hoskins: The coaching staff and friends I’ve made on the teams I’ve been on are an awesome part about being a Philly.

Mike Duffy: Who was your favorite baseball player growing up?

Rhys Hoskins: I grew up watching Barry Bonds play and I still to this day think he is arguably the best hitter To ever play this game.

Mike Duffy: Who’s the hardest pitcher you faced this season?

Rhys Hoskins: The best pitcher i faced this year was German Marquez, in the Rockies organization. Guy threw 100 mph, kept the ball down in the strike zone, and had a good breaking ball on top of it!