When Phillies starter Vince Velasquez went on the DL an opportunity for  Zach Eflin appeared. After a very rocky first outing Zach seemed to calm down and if you watched him you he looked as if he has been in the majors for a long time. His talent (and a great sinker) lead him to have his first win be a complete game only letting one run score. His passion for baseball and hard work has paid off and with a injury ending his season early people can’t wait to see what he has in store for next season.

Mike Duffy: I was wondering… When you go from high school, minor leagues, to the majors, what was the biggest challenge when you reach each stage?

Zach Eflin: Alright so I would say the biggest challenge is accepting and understanding that wherever you are that you deserve to be there.

Mike Duffy: What did you do best this season?

Zach Eflin: I believe I really was able to focus on controlling and dominating a game. I was able to learn so much about sequences and how to keep hitters off balance.

Mike Duffy: When you were drafted was it a difficult decision to make to turn down college?

Zach Eflin: When I was drafted it was a difficult decision to make between college and pro for many reasons. It was my dream to play in the Major Leagues and when I got the opportunity to kick start it I could not pass up.

Mike Duffy: I remember watching  your complete and I was like “wow” what a guy. How did you feel after that? How did you celebrate?

Zach Eflin: When I threw the complete game to get my first win I was obviously overwhelmed with joy. Just a very special way to get my first win. I was able to talk to my family after and really just made sure they knew I wouldn’t be there without them. I did not do any celebrating unfortunately. I was drenched in a Gatorade bath and considered that my celebration. 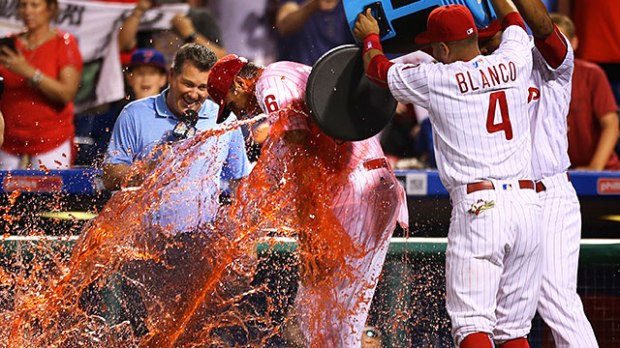 Mike Duffy: Do you have a motto you live by?

Zach Eflin: “Walk by faith, not by sight” 2nd Corinthians 5:7 has to be the motto of my life. It’s telling you to trust your instincts to trust your heart And believe that with god the father you do not need vision to have an eternal life.

Zach Eflin: Lastly the legs are doing great!! Progressing very well every single day. It is still very early in the rehab process but I feel better than I ever have in my life and cannot wait until spring! 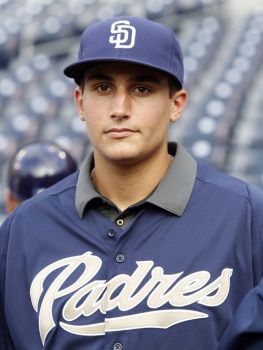 Mike Duffy: Have a great Thanksgiving and thank you so much for doing this! I can’t wait to watch you succeed even more! Best of luck!

Zach Eflin: Happy thanksgiving to you and your family!

Mike Duffy: Thank you so much I really appreciate it!

Zach Eflin: I remember seeing you in the corner by the bullpen in LA! Take care buddy, anytime.

Check out my Interview with Grant Dayton or Ian’s article on what goes into Wins Above Replacement. 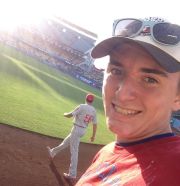